By request, here are hints for some of the particularly tricky puzzles. If you're stumped by a puzzle, contact us and we'll consider adding some hints for that puzzle here.

This is a mid-range difficulty puzzle, though it is a bit tricky and has many stumped. Starting position is as follows: 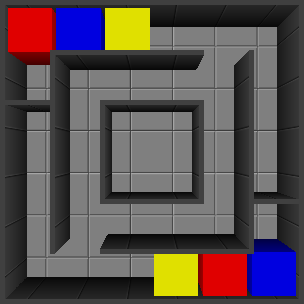 The trick is to get the yellow block at the bottom onto the other side of the blue and red blocks to be able to get it across to join with the other yellow. Once you've managed that, you'll finish it quite easily. 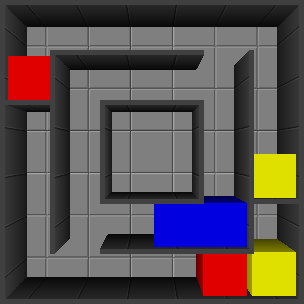 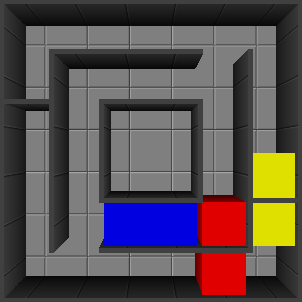 Many get stuck on this puzzle right at the end, with two of the transparent blocks getting in the way and seemingly no place to put them. Starting position is as follows: 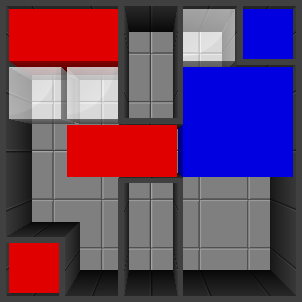 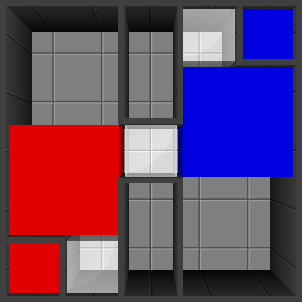 This is arguably the most difficult puzzle in the game. Most people get stumped by it and I've even had messages from some users that it's impossible. It's certainly not impossible! Starting position is as follows: 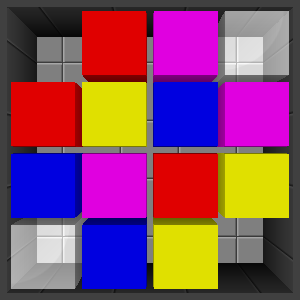 The challenge with this puzzle is the lack of room in which to manoeuvre. The pieces need to be jiggled around quite a lot - don't shy away from moving in one direction and then back in the opposite direction after some blocks have joined. If you get the blocks into this first position, then the second you're well on track to solving it: 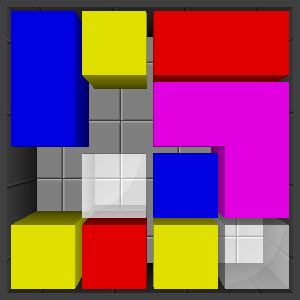 And finally, the solved puzzle: 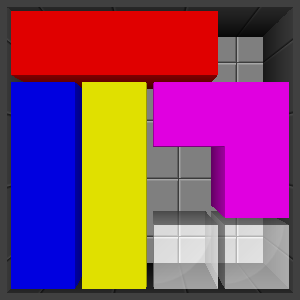